Pain, sorrow, tears comes to us all at different levels of life. But what matters here is our reaction to these situations that will determine their outcome. One would imagine what this world would look like without pain, sorrow and tears flowing from the human eyes. Would it be fun at all, if all we feel is only happiness ? Pain, sorrow, tears and man are Siamese twins which are difficult to separate.

What then is pain, sorrow and tears does for creatives, especially writers ?

In the course of my research which involves close examination of plethora of writers, both local and international, there is hardly any of them who did not experience pain at one point or the other in their lives. The situation that these writers find themselves often fuels the creativity in them. It sometimes serves as the best time that their writing ability is showcased, their muse is at the pinnacle when it is fueled by pain, sorrows and tears.

Pain, Sorrow and tears is not that bad as we have often been made to believe , it all depends on who is the recipient, if they are ordinary people then we can adjudge that they are bad. But if the recipients are writers then we can cut out our tongue and argue that pain, sorrows and tears are good for them.

Take a cursory look at the writers you are familiar with, you will find out that some if not all of them at one time or the other have one thing in common. What is it ?

Pain, Sorrow, Misery and Tears.
Without the above factors, there will be writers block, no inspiration and no muse to get the ink flowing on the paper. That is the time the ink dries up and the pen gets tired and goes on strike.
It is a fact that if someone does not suffer, he can never make it big. It is when you have a broken heart, shattered into pieces, that is when creativity flows.

A good example can be found in the themes of books that have been written by famous writers across the globe. A typical example is the brutal civil war in Nigeria with various accounts of the events turned into books by the real actors, spectators and journalist who gave a brief of what they saw. It is either you agree with what they wrote or you do a rejoinder which is often sparked my malice, emotions and the need to set the record straight.

When it comes to religion, Pain and sorrows are viewed as bad omen which should not be prayed or wished for, as a matter of fact, no one alive would ever pray to be greeted by pain, sorrow which can come in form of death of a loved one, loss of source of income, heartbreaks or trepidation. But if you are a writer, you cannot escape this phase as you are even liable to experience it more than the average person on the streets because the more you feel the pain, the more you feel like pouring your hearts out to the world.

When you pay close attention to the lyrics of some musicians,they are either singing of the loss of someone they loved who died untimely or the ones they loved and the person did not reciprocate the love. A painter can get so mad when he loves a lady and begins to invest his time in framing his thoughts by painting the lady involved continuously just to get her attention. More like the saying, “If life is a painted portrait, tell me who put dark colours in them ?”

While it is a truism that some writers resorts to drugs, alcohol and other banned substances just to escape the tortuous moment they are experiencing, still they can only feel relieved when they put them into writing. It is in man’s worst state that his willpower comes to life. Take for example when a writer loses his only child with no sign of having another one, he cries and bleed through his pen. Such a book can go on to be a bestseller which can bring him fortune in the long run.
This year has dealt with some Nigerian youngsters who are writers by putting them in state of confusion and depression. While some of them where able to control it by putting it in check, writing about their despair. Others were not so lucky as they could only write about what they are going through but eventually bow to depression and suicide, which is the extreme measure. These writers were brilliant in their own right but lost the control wheel of their life to sorrow, tears, pain and misery.
.
This article will not be complete without a quick look on the life of notable writers who have been to the lion’s den and turned their misery into a momentum by churning out beautiful writings for the world to read.
.

First on the list is Sylvia Plath (1932-1963), she was a great poet who dwelt mainly on depression. Despite her gift in writing, she had a sad story. She had always been a depressed being. She discovered that her husband Ted Hughes, was cheating on her. They both separated and Sylvia went on to stay in W.B. Yeats’ previous house along with her two children. Her depression was again on its spark, but the interesting thing to note here was that her creativity tripled which translated into her poems published in Ariel.

She did not stop making attempt at taking her own life despite the series of anti-depressants and a full time nurse that was assigned to her.

On February 11, 1963, the nurse found Plath dead of carbon monoxide poisoning with her head in an oven, having sealed the rooms between herself and her kids who were already asleep with wet towels and cloths. By the time it was 4:30 am, Sylvia had placed her head in the oven with the gas turned on. She died a tragic death while she was just 30 years old.
However, there was a twist to her story as her son also committed suicide by hanging himself in Alaska. He was also depressed.
.

“The loneliest moment in someone’s life is when they are watching their whole world fall apart, and all they can do is stare blankly.”

His quotes are recited by many when it comes to the issue of love and aspiration. His story is like that of people that were never recognized nor celebrated while they were alive. It was after his death that people started associating with some of his works. The is the author of the Great Gatsby, he often took petty jobs like repairing car roofs just to foot his bills. 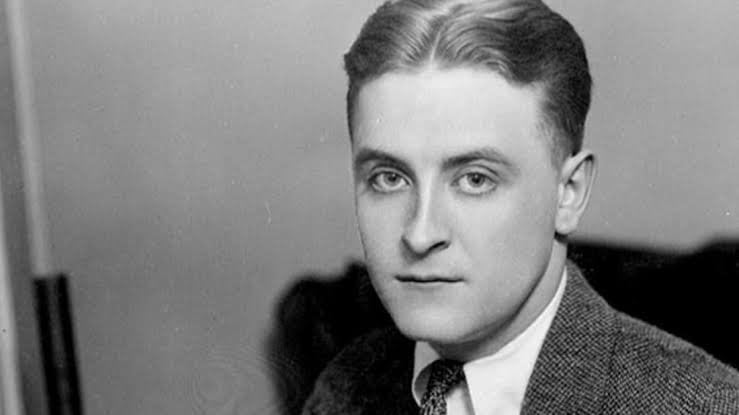 Although his passion was in writing novels, he chose to work in Hollywood, a place he considered degrading when he had financial troubles. His wife, Zelda, also became increasingly violent and emotionally distressed. The issues were overwhelming for him, he became a raging alcoholic and had two heart attacks in the 1930’s. He still did not give up on alcohol and died of his third and final heart attack in 1940.
.
The third writer is Virginia Woolf (1882-1941)

Virginia was one of the women that paved the way for generation of women was herself consumed by depression. There were speculations that it started after her father’s death.. It is also believed that she was sexually abused by her half-brothers George and Gerald Duckworth. Virginia started writing at a very young age by joining a literary club named Bloomsbury Group where she met her husband. But the sadness and the voices kept coming back to her. She even spent time at a facility for ‘Women with nervous disorders.’ In 1941, Woolf drowned herself by filling her overcoat pockets with stones and walking into the River Ouse near her home. 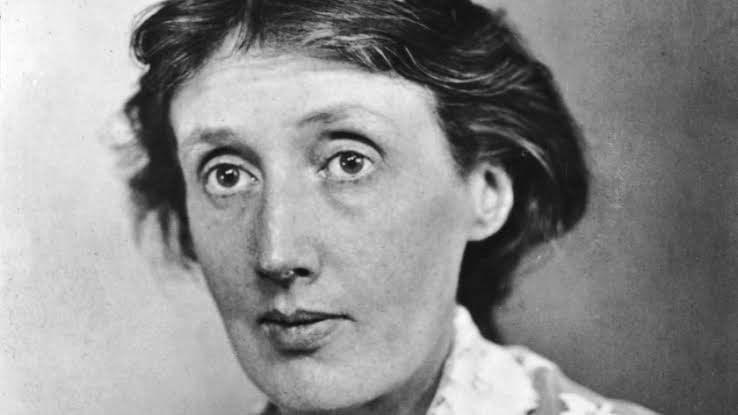 Written in her suicide note where she addressed her husband ‘Dearest, I feel certain that I am going mad again. I feel we can’t go through another of those terrible times.’

This is another author who was known for his art and culture. He was also much of an homo sexual when at that time they were being persecuted His success as an author could not save him as the allegation against him were proven with him taken in male lovers, showering them with gifts. There were reports of him indulging in homosexuality prostitution. He was eventually taken to court and convicted of gross indecency which landed him in prison for 2 years. 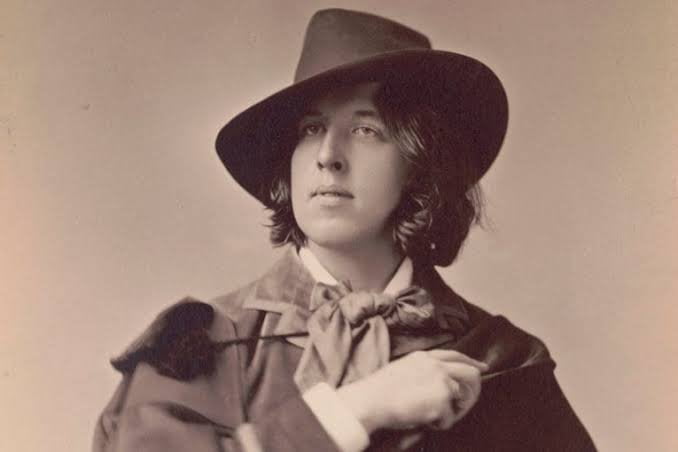 Outside of the prison, the author’s image was tarnished and inside the prison, his health took a turn for the worse. He got out of jail in 1897 and 3 years later, died of meningitis.

Another brilliant author on this list is Charles Dickens (1812-1870)
“I have been bent and broken, but – I hope – into a better shape.”
The author used his talent and hard work to earn all the fame and reputation. His works are labelled as Classics and it’s hard to find a person who hasn’t read something by Charles Dickens today. However, the man had to earn everything from money to success on his own. 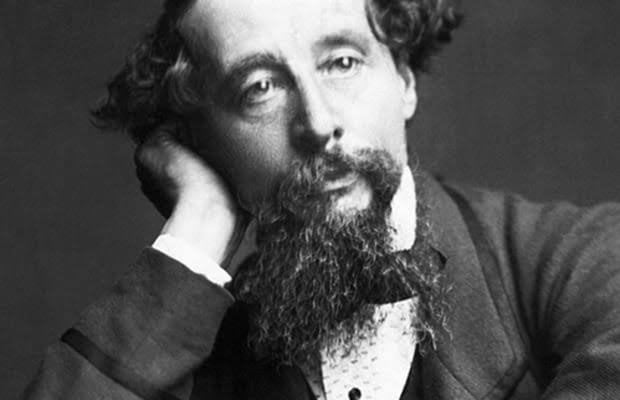 His early years were rather tough due to financial issues. His father and mother, along with their youngest children, had to go to prison due to excessive debt. He was the second out of eight kids, which meant that he didn’t have to accompany his family to jail. But this meant that Dickens went from one house to another and he was forced to leave school and work ten-hours everyday to pay for his board and help his family.

The hard working conditions made a lasting impact on Dickens, something that can be seen in his writing. He later wrote that he wondered, “How I could have been so easily cast away at such an age”. However, one can’t deny that he used his struggle to bring issues of the working class to the forefront through his work.

The last author is J.K Rawlings, she was the brain behind Harry Potter, her life before publishing the Sorcerer Stone was extremely difficult as most people would have thought. When she was just 25, her mother died of multiple Sclerosis. Rawlings moved to Portugal, became pregnant and afterwards suffered a miscarriage. The next year she gave birth to a daughter and divorced her partner just after 13 months of relationship. She returned to Edinburg while leaving on welfare, she became heavily depressed up to the point of considering suicide as an option. 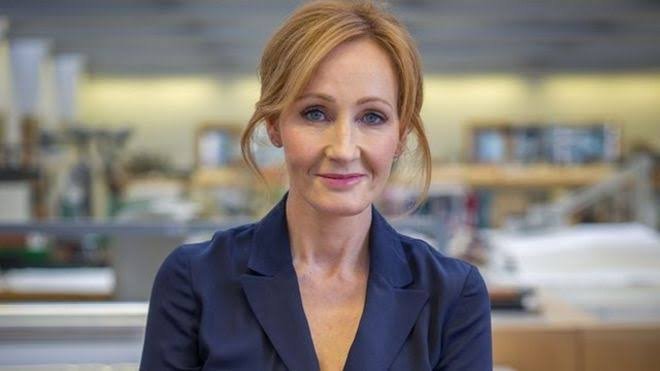 The best part of her story was that she continued writing while also nurturing her daughter. After countless rejections, her manuscripts was finally accepted in 1997. Her Harry Potter books have sold over 450 million copies while they have also been adapted into movies making her one of the greatest writers on earth.

Looking at the above writers, their wins and losses, one would ordinary agree that the life of a writer is not an easy one, it is often not the easy path because it involves pain, hurts, depression and may result in suicide. It also serves as strengths for some writers who know how to manage their situations and bless the world through the works if their hands. Whatever path you choose,remember the ball is always in your court.

.
Adetayo Omotoyosi Adeolu is a Poet, Content and Digital Marketing Strategist with interest in technology and marketing. He is a Boy Child Advocate and blogger at http://www.bcm.com.ng

4 Replies to “Pain, Misery, Sorrow : A Muse for Your Writing Proficiency” 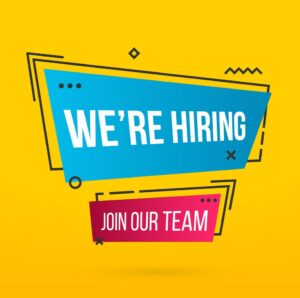 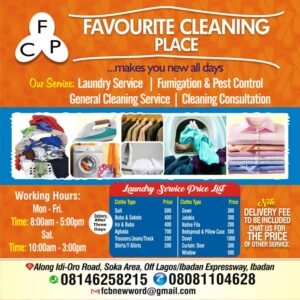