Shadows of a passing river 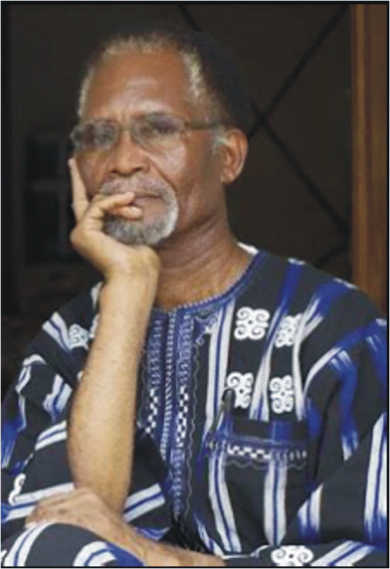 Nsuoba Atukwei
If I had known you were the ancestral river
Beneath the drought of our eyes
I’d have never let a tear out
I wouldn’t have wept as sweetly as your kin will
Reluctantly welcoming a precious gift to death
I will not weep
Not so much as a man will.

If I feel I am too weak a man
I will plant my cowardice in this manful world of yours
And if I see death coming close
I will run slowly
And conceal my cowardice abyss your citadel
Where death’s literacy will end
And then we will mock him in a poem
I will borrow the porcupine’s coat
And look so dangerous to him.

It was in these very tears of the moon
Round this flame, the solemn flute
Beneath this nocturnal bough
That father told us of death’s fear
And its feebleness to swim.

Nsuoba Atukwei
We cannot die of unnatural thirst
Such river like you cannot die
No, you cannot

Biography:
Atukwei John Okai was a Ghanaian poet, cultural activist and academic. He was the secretary of the Pan African Writers Association and a president of the Ghana Association of Writers. Atukwei is generally received to have been the first real performance poet to emerge from Africa and his works has been called “also politically radical and socially conscious, one of his great concerns being Pan-Africanism”. His performances on radio and television worldwide include an acclaimed 1975 appearance at poetry international at Queen Elizabeth hall in London, where he shared the stage with US poets Stanley kunitz, and Robert Lowell, and Nicolas Guillen of Cuba. His famous poems include “sunset sonata”, “The Africa”,” Rosimaya” among others. Prof Atukwei departed on July 13, 2018. He lives on, he never fades away!