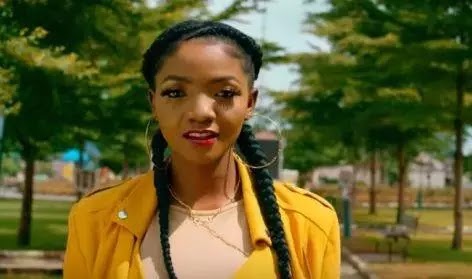 The Nigerian music industry would never be complete except you mention Nigeria’s top diva – Simi. With a good number of collaborations withNigerian top rapper, Falz as well as others and a lot of hits to her credit, she is no doubt a credible artist.
We will be seeing Simi’s biography, real name, age, date of birth, parents, siblings, family, boyfriend, husband, education, music career, songs, albums, net worth, cars, houses and more.
Born on the 19th of April, 1988 as Simisola Bolatito Ogunleye, Nigerian song-writer, singer, vocalist and record producer hails from Ondo State, Nigeria. She was born and brought up in Sulurele, Lagos State, Nigeria and is the last born and only daughter of her family of six.
Simi had her primary education in Lagos State and also had her secondary school education there, then she got a degree in Mass Communication from the Covenant University, Ogun State. She started singing from a very young age and was a member of her choir at church.
Simi’s music genre are Afropop, R&B and soul, and she began music professionally, 2008 with a gospel album, ‘ Ogaju’ which was produced by Samklef.
The album had hit songs like ‘ Ara Ile’ and ‘ Iya Temi’ and she role to limelight after releasing her single, ‘ Tiff’ which also gained massive airplays. The visuals were directed by Josh Clarke.
Talking about Simi and the secular music world, she came released songs like ‘ Jamb Questions’ with Falz and it was a hit. Her other collaborations with Falz and Adekunle Gold also went very well.
She has also worked with other top music icons such as Ycee and John Ogah.
Simi has always been rumoured to be in a romantic relationship with either Falz or Adekunle Gold, and she broke the internet when photos of her kissing Adekunle came up.
It was probably why we weren’t surprised when Simi and Adekunle Gold on the 10th of January, 2019 had a quiet traditional marriage ceremony.
Of course, it was never quiet but was strictly on invitations, and only about 300 guests were in attendance for the traditional marriage which was held in Lagos.
Awards And NominationsBeing a good artist, Simi has been able to carve out names for herself in the Nigerian music industry. She has received a good number of awards including:
– Song writer of the year at AFRIMA awards
– Best vocal performance 9Female)
– Album of the year at the 2018 headies awards, ,
– Best female MVP at Soundcity MVP awards festival
Aside being a musician and song writer, Simi is also a sound engineer and produced Adekunle Gold’s ‘ Gold’ album.
Simi Net WorthSimi is estimated to be net worth $500,000. She has won a good number of awards and brand endorsements too.
Social Media ProfilesShe is a good user of the social media and you can get her on:
Instagram @Simplysimi
Twitter @SymplySimi